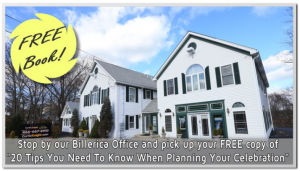 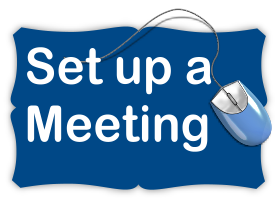 Watch a video of Curtis Knight - Justice of the Peace. Curtis Knight graduated from what is Now U Mass Lowell with a degree in Music in 1978. After being a school teacher for 2 years Curtis formed the Curtis Knight Band and began to tour the Eastern Seaboard and Canada. 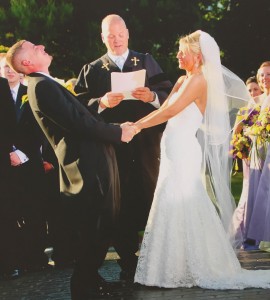 Seen on national TV, Curtis was the JP at Michelle and Jordan's wedding. This wedding was on NBC seen by millions! Michelle and Jordan were chosen by Jillian Michaels to be the breakout, flagship, pilot episode of "Losing it With Jillian" Photo By Dan Doke

The band was instantly accepted and played to packed houses with crowds ranging as high as 30,000. From the band, he eased into his role as a DJ / MC (Master of Ceremonies). It was here, as a DJ, that Curtis applied the skills he had learned as a touring band leader.

Curtis is part of the Curtis and Anna package.

They do weddings and every other event you can imagine – Bar Mitzvahs, Bat Mitzvahs, Birthdays, Anniversaries.  Curtis and Anna bring a professional photography system with them, they take photos and mount them to two 43” plasma, high definition ( Hi Def, High Def ) screens and as the celebration continues the LIVE slide show is continually updated with photos that were taken 5 minutes ago.   People love the TVs and they love to watch the slide shows as part of the presentation.

The role of the Concierge-Event Planner-DJ-MC began to take hold. Curtis found that frequently an event would take place and nobody took the reins and carried the mantle of responsibility to make the event a beautiful, lasting memory. Curtis then morphed his MC / Entertainer skills into creating uplifting and engaging ceremonies. Curtis will send you a ready to go finished ceremony as phase one of your planning. If you like it, you are ready for your ceremony. Or, you can make changes and updates as often as you like.

Read all of our DJ, Event Rentals & Photobooths, Photography, Videography Reviews at