The First Look is when the Groom first sees the bride on their wedding day, done typically an hour before the ceremony.  This is instead of the traditional way, as she walks down the aisle.  This is done before the ceremony and photos and video are taken as the Groom sees the Bride for the first time.  The Bride typically taps the Groom on the shoulder and the Groom turns around to get his first look at his future bride. The reason for this is so the Bride and Groom can have their formal photos taken care of earlier in the day, leaving time for them to spend with their guests during cocktail hour, the time that would ordinarily be spent doing formal photos.  If your first look is planned well and executed well it affords you the ability to spend your cocktail hour with your friends and family and it takes the pressure off, knowing that formal photos are out of the way. 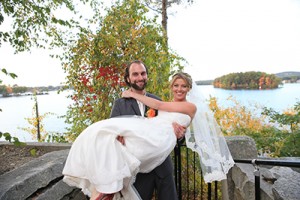 This photo shows the bride being held in the arms of the groom just after he has his “first look’ at her. 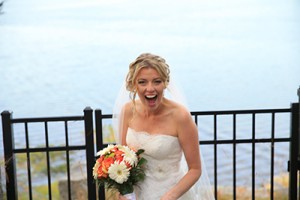 This Bride sees her groom for the first time as he gets his first look at her. 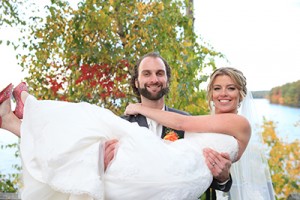 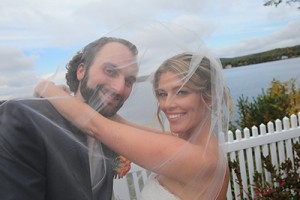 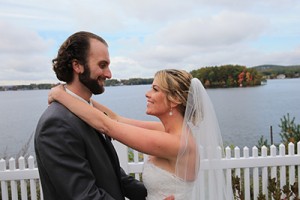 Read all of our DJ, Event Rentals & Photobooths, Photography, Videography Reviews at